An economy does not operate in a vacuum – rather, it consists of human beings of flesh and blood, who are affected by laws and rules and have moral values and attitudes towards their fellow human beings. In order to find out how the economic problems of today can be solved it is therefore important to understand how these factors influence human behavior. We conduct research precisely on this – about the importance of values, attitudes and laws for how societies, markets and companies function 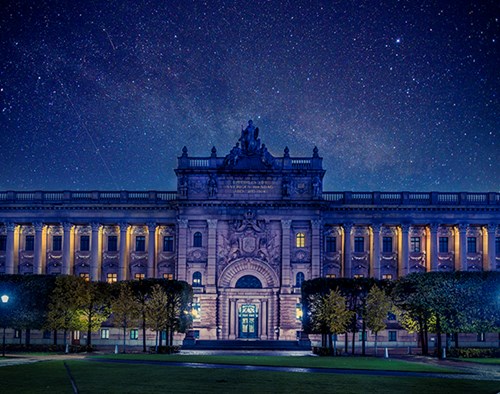 “Institutions rule”, economist Dani Rodrik and two colleagues wrote in 2004. By this, they meant that the laws that rule over politics, markets, and companies crucially determine how the economy works and develops. In countries where private property is protected, where freedom of contract obtains, and where democratic principles and the rule of law are established, there are more entrepreneurial initiatives creating value, and companies can grow and generate employment and pay good wages.

This is the starting point for a lot of our research – we study how laws and rules affect human and corporate behavior.

Laws and rules are referred to as formal institutions. There are also informal institutions, such as values, attitudes, morality, and norms, which are at least as important. They also matter for how markets and firms function. If a large share of the population trusts others it is, for example, less costly to do business, since a handshake suffices. If people, in general, are tolerant this might mean that the most suitable job applicants get the jobs irrespective of what group they belong to, which is beneficial for productivity.

We focus, to a large extent, on conditions for enterprise. Actual and potential business people are influenced in their decision-making by laws and rules, as well as by values, morality, and norms in society. Innovations and investment are stimulated by stable and beneficial rules, e.g., with regard to the quality of the legal system, taxation, and regulation, and by co-workers whose values and attitudes are characterized by trust, tolerance, individualism, and responsibility.

Some of our research questions are:

The following researchers are working within the program:

Magnus Henrekson's and Johan Wennström's book Dumbing Down: The Crisis of Quality and Equity in a Once-Great Shool System – and How to Reverse the Trend, is reviewed in The Critic.
The Critic

Lars Calmfors, IFN and Stockholm University, is interviewed by Ouest France on Sweden's decision to not join the European Monetary Union:
Ouest France